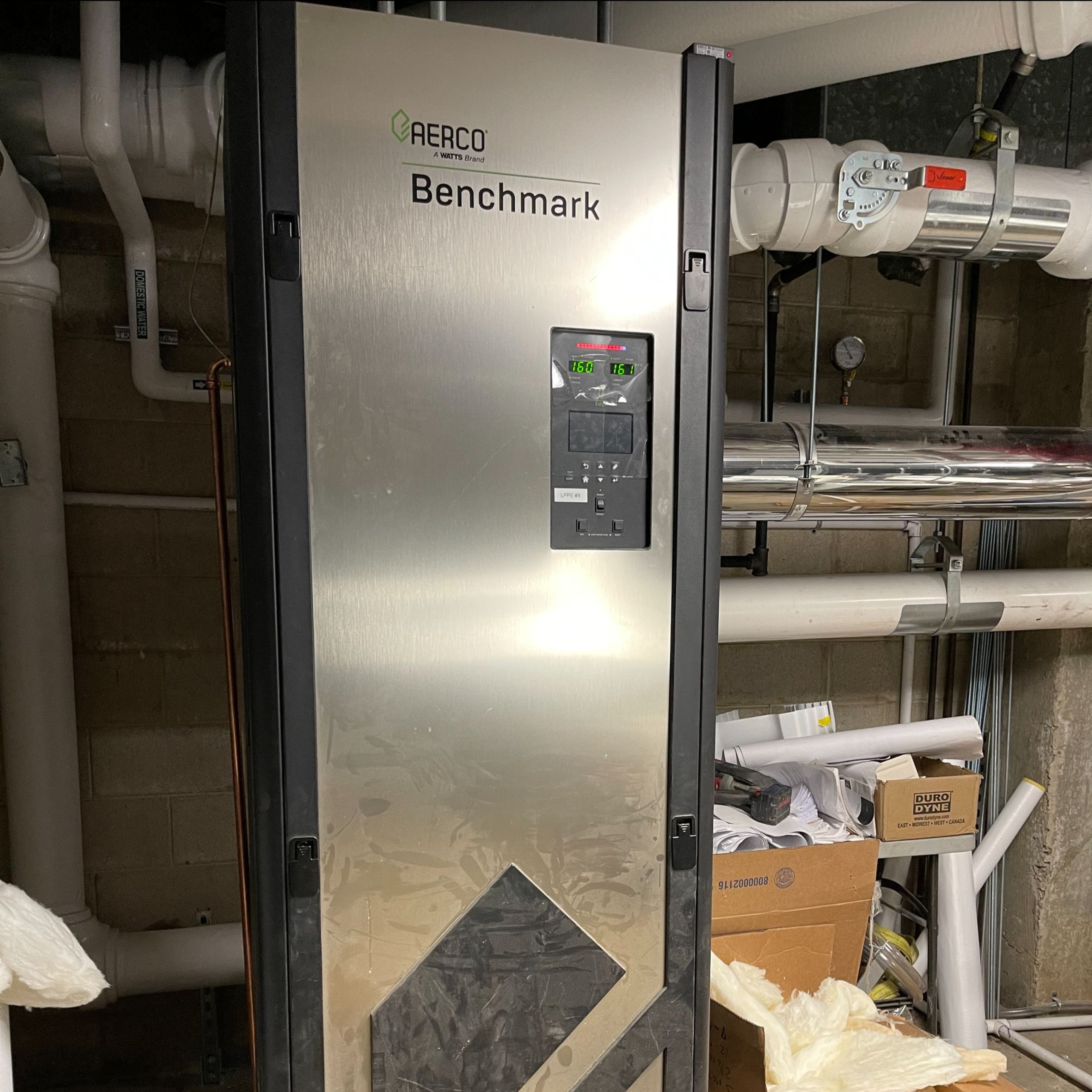 ENVIRONMENTAL EDUCATION CENTER – HVAC SYSTEMS UPGRADE – ENGINEERING, DESIGN, AND IMPLEMENTATION
To demonstrate the diversity of ATI’s experience and capabilities, this month we will be profiling one of our recently completed HVAC Systems Upgrade project designs.

The project was a municipal environmental education center where the existing HVAC systems were past their useful life and required replacement. The center is a two story structure that provides classroom type environmental programs coupled with an outdoor exploration experience. The facility was originally designed with a gas-fired boiler and absorption chiller that provided dual temperature water to the ducted air handlers, unit ventilators, and fan coil located throughout the facility. During the early stages of the system, they were also integrated with a hydronic solar system as well as a geothermal loop from the pond adjacent to the center. The solar hydronic, geothermal pond loop, and absorption chiller systems became defunct and were disconnected. The absorption chiller was bypassed with an outdoor air-cooled chiller. Overall the systems were well past their useful life and required an upgrade.

The mechanical design involved a new, modern air-cooled chiller as well as a new energy-efficient, condensing, gas-fired, hot water boiler. Existing air-handling units that supplied the auditorium and exhibit hall were replaced with newer chilled water, hot water coils. The unit ventilators and fan coil units in the classroom and office areas were replaced with new units with chilled water, hot water coils. The design also included a new dedicated outside air unit that supplied tempered ventilation air to all of the spaces within the building, while improving humidity control of the building. The DOAS unit also provided abilities to modulate outside air levels, which in hindsight became a optimum design element for the Pandemic, even though the project was designed pre-Pandemic.

The design also involved a completely new hydronic design with new chilled water and hot water pumps circulating though a 4-pipe distribution loop. This loop served the various terminal units provided as part of the design and enabled simultaneous heating and cooling to aid in maintaining design conditions in several areas of the building with distinct temperature and humidity parameters.

Previously, the building consisted of an antiquated relay-based building control system. In so much, the design included a new fully integrated, Direct Digital Control (DDC) building management system that integrated new and existing HVAC components for the building. The system was configured to provide for scheduled operation of the building with ability to augment setpoints and normal schedule times, thereby improving the energy-efficiency of the building.

The project also involved an architectural and structural design to support the mechanical design. New custom enclosures and casework were designed to house the unit ventilators as well as the floor registers in the auditorium and exhibit rooms. A new outdoor fence was provided around the chiller yard as well as new foundations. The fan coils in the attic space over the office area also required structural support.

A couple of aspects of the design made this a very challenging project. The first is the limited space within the existing mechanical room. Careful planning was required to ensure all new requisite equipment could be located while maintaining service clearances and access to all equipment. The second was the careful planning to perform construction with an occupied building. Provisions were made for temporary offices and a phased approach to the project, although in the end this approach was not required, due to the building being closed during the Pandemic. The third was the articulate planning that went into developing a design, such as this, to integrate in a new HVAC system in a building with such sensitive exhibits (reptiles and insects) as well as working with the existing conditions and preserving the unique image of the center.

The project involved a necessary upgrade to the existing building HVAC systems to ensure an acceptable and safe environment for visitors. Careful planning went into ensuring that a successful project was delivered on budget and within schedule constraints. As with any renovation project, field changes were required, but these changes were addressed with proper engineering involvement which ensured that the project approach was maintained and a successful project delivery was provided.

I wished my wife a Happy Birthday this morning and then joked, “The clown and the pony will be here a bit later!”
She responded, “Don’t worry, I’ve been sheltering-in-place with the clown for almost a year now.”

Artist Pablo Picasso surprised a burglar at work in his new chateau. The intruder got away, but Picasso told the police he could do a rough sketch of the suspect.
On the basis of his drawing, the police arrested a mother superior, the minister of finance, a washing machine, and the Eiffel tower.

Patient: Doctor, I have a tendency to gain weight in certain places. What would you recommend?
Doctor: Stay out of those places!